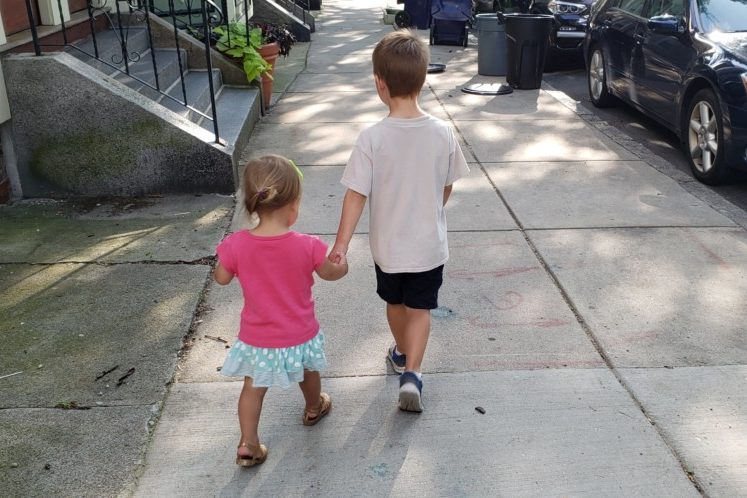 I grew up in the middle of nowhere. Literally. My town boasts a robust 2,000 people — and I grew up in a “suburb” of that town, where there were more cows than people. It was a huge deal when they debated putting in a stoplight — because there hadn’t been any before!

I was raised free range before it was a thing.

As a parent, I want to give my children the independence that I value from my youth. When it comes to moving around in the city, I don’t want to overprotect my kids, but I also want them to be safe. And I recognize that that looks different in the city.

We let our three young kids run and scoot ahead of us, sometimes further than other parents are comfortable with. But it’s because we’ve laid a solid groundwork that I feel comfortable doing so. Here are some of the things we’ve done to teach our children to be both independent and safe!

Start as you mean to go on.

When we were (whisper) sleep training my first son, a wise mom told me, “However you do it, start as you mean to go on.” Meaning, build skills and tools now that will enable you to live the life you want later.

Our goal was to be able to trust our kids to walk or scooter with us — and not having to yell at them constantly. I wanted them to know how to not bowl over pedestrians (still our greatest challenge), stop a safe distance from intersections, and cross a street safely and independently.

Everything is age appropriate — but it builds on itself.

When our kids graduate from riding in the stroller, they hold our hands to walk. But we begin to let them walk short distances in enclosed spaces, with us nearby giving strong verbal and hand signal cues. We play red light, green light, and I teach them how to stop immediately, on cue, way before I ever let them practice on city streets.

It begins as a game, but it builds skills they need to be more independent. Non-verbal cues are helpful, too, because sometimes it’s difficult to hear outside (a hand up like a stop sign means stop, etc.). When I see that they respond reliably to my cues, then we practice in the middle of blocks, away from intersections.

I increase independence when they demonstrate that they are ready — and I take it away immediately when they don’t listen.

Once my sons mastered stopping on command, they were allowed to scooter ahead, as long as they checked back and immediately responded when I cued to stop. Any time they do not immediately stop, we revert back to a previous level, no matter their previous independence.

I tell them my trust is earned.

Our rule for intersections is that they need to stop well before the intersection and that “we always hold hands when we cross the street.” (I repeat the same phrases so that they become ingrained.) We tell them, “I know you are going to stop, but cars might not know that, so you need to reassure them.” This buys me safety space, should someone trip, and it teaches them that we never run into a street. Everyone has to “look both ways, even if you are with a grown-up,” starting from day one.

Every step, we are looking toward the next step.

As my oldest son has demonstrated trustworthiness, we are building the skills he needs to gain further independence. He no longer has to hold my hand to cross streets, because I know he’ll stay close and not run recklessly. Now when we come to an intersection, I ask him, “Are we safe to cross?” He gets to make the decision — but I have to sign off before we move forward. Before I trust him to do it independently, I am teaching him the skills he needs to do it safely.

At 6, he’s not ready to walk somewhere all by himself.  But when he’s a few years older, he will be ready, because we’ve laid the foundations now.

In the meantime, he’s proud of himself because he feels trusted and independent. And my life is easier because I am able to trust him.

How do you navigate walking in the city with small children? How do you promote independence and safety? 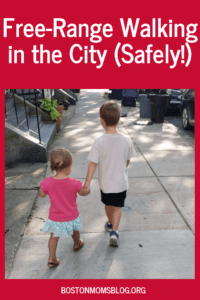 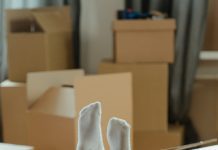 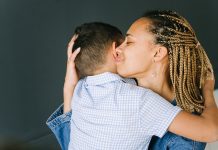 What If This Is the Last Time? 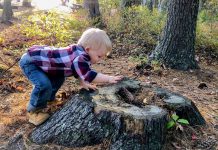 The Thing About Being 2 Years Old