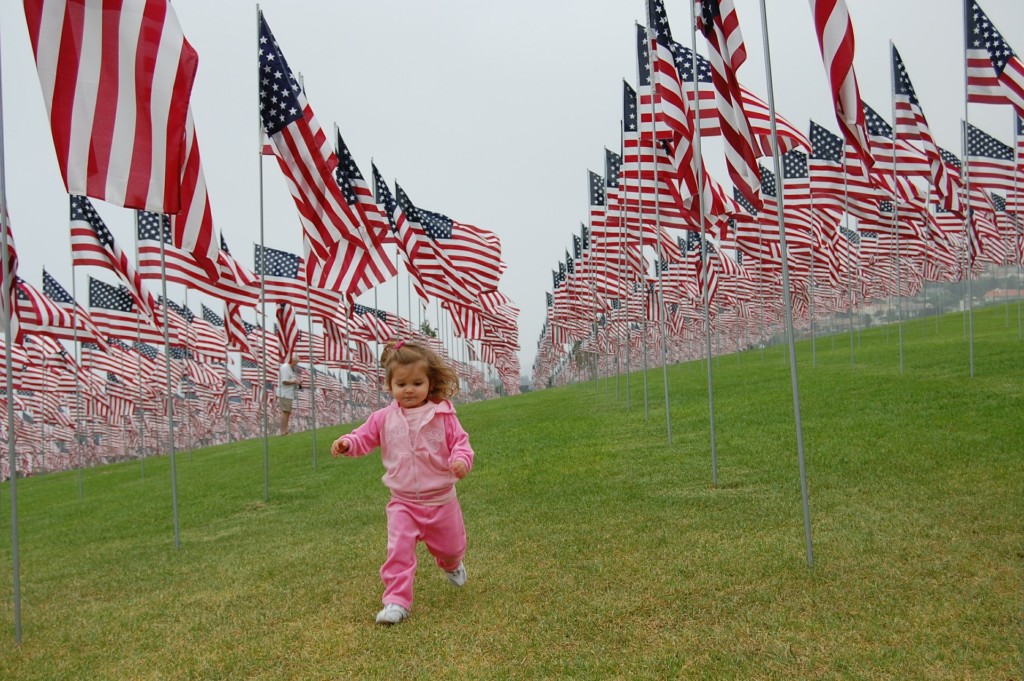 “Do you know what’s on that plate?” someone asked my then 2-year-old at a family Fourth of July celebration.

I cringed. It was an American flag. His response elicited laughter, so he was happy. But the brief exchange made me realize something.

I decided to do a better job sharing one of my own values with my kids — patriotism. I want them to recognize the flag and to know the pledge, national anthem, and patriotic songs. I want them to understand the sacrifice so many have made for freedom, including in our own family. To realize that sacrifice has earned them the right to stand up for what they believe, even if it’s not popular or even if it’s not what I believe.

But I can’t teach all that to a preschooler right away. It’s something you have to live and learn, day by day, the same way I did. Just like my son learned red, white, and blue represent his dad’s favorite football team, I wanted to show him those colors could mean more. I never felt like patriotism was something my parents specifically taught me. It was just something that was a part of our family. Here are a few ways I’m making an effort to do the same with my own kids.

With two preschoolers in my house, singing is an everyday occurrence. We sing everything from songs we learned in music class two years ago to the latest overplayed radio music, complete with hilariously butchered lyrics. Why not patriotic songs too? My oldest is currently working on what he refers to as “our country’s special song” — “The Star-Spangled Banner.” He has mastered “Take Me Out to the Ballgame,” which I definitely count in the patriotic column. I have “God Bless America,” “You’re a Grand Old Flag,” and “My Country ‘Tis of Thee” in mind next, but we’ll see what interests the singers.

There are always plenty of annual community events, like parades and ceremonies, around big patriotic holidays — Memorial Day, Fourth of July, Veterans Day, and Flag Day. Dedham and Quincy, which are in my neck of the woods, have some today and this weekend for Flag Day. We recently attended the ribbon-cutting ceremony at the new Walpole Fire Station. It included honor guards from the police and fire departments, bagpipes, the national anthem, and a flag raising. All of this was fascinating to my kids and their friends, who sat right up front in an adorable line for much longer than I would have expected. I’ll be keeping my eye out for more things like this.

For as long as I can remember, my family has gathered for the Fourth of July. There are flag plates and napkins, homemade ice cream, a flag cake made with strawberries and blueberries, and, most importantly, fireworks. Growing up, I learned this holiday was important and fun because of how we celebrated. This is something I continue with my own kids.

And making plans for down the road…

When my kids are older, I have things in mind, like participating in a flag retirement ceremony — something I have vivid memories of as a Girl Scout. And I want to take them to cemeteries and veterans walls to see the names etched in stone of those who died so we can enjoy the freedom we have today. I hope by then they’ll realize we live in a pretty special place. 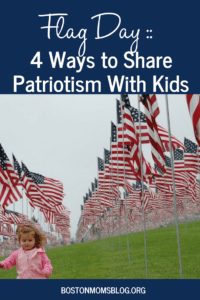 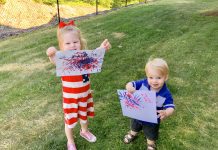