It might seem like taking your infant to a baseball game is off the table until they’re older. With advance planning, however, taking your baby to a ball game — or any sporting event — is completely doable. I would know: My son has been attending baseball and hockey games since he was 4 months old.

As a sports fan and part-time sportswriter, I had to quickly draft a playbook for bringing my infant son along to the field or rink. While I tried to avoid bringing him to events I had to cover on a deadline, I often brought him to games I attended for fun or for background material. Now that my son is a year old, not only do I have a good handle on how to make it work, but he actually enjoys it!

As we approach the height of baseball season, don’t allow yourself to believe a game is off limits. Lather on the sunscreen, put on your hat, and go enjoy the game. Here’s how:

Two items were musts as I started to bring my son to games: a clear bag and a pair of baby noise-cancelling headphones.

We live in a world where bag searches at the entrances of sporting events are the norm. While many venues will make exceptions for diaper bags, you can make the event staff’s lives easier by investing in a cheap clear bag to use for your “special event diaper bag.” I was able to squeeze three diapers, a small travel pack of wipes, two bottles, two formula bottles, a small teething cracker pack, one sleeper, and one burp cloth in a 12″ x 12″ x 6″ bag. (It took some contortion, but I did it!) These days, I am substituting one of the formula bottles for a squeeze pouch of food. I kept the fully stocked giant diaper bag back in the car.

For games in indoor venues, you are going to want to purchase a pair of baby headphones. (Think Michael Phelps’ son at the Olympics: I call them Boomer Phelps-phones.) Super loud arena music is not great for baby ears. A word of warning: Your infant will try to take them off. Expect a bit of a battle until she or he gets used to them.

Don’t expect your infant or young toddler to last all nine innings, three periods, or four quarters. The game is going to run into their bedtime, or they are going to feel overwhelmed and start to act out. For example, when I took my infant to college hockey games, my goal was to get two periods out of him. TV timeouts or lengthy official reviews could totally throw that timing off, and this sometimes meant we would only get through half of that second period. As soon as he started to get cranky, we were out of there. Because of the expectations I had set beforehand, I was OK with it.

The more often you go to games, however, the longer you will find you can stay, as your child gets used to it. By the close of hockey season, my son had made it through two entire games.

Your infant or toddler’s first sporting event should probably not be a New England Patriots or Boston Bruins game. I started my son out by going to college hockey games because there were low stakes: I was attending them for fun, the tickets were relatively inexpensive, and it was a familiar venue (I work full time at the college, so not only do I know the venue by heart, I know all of the staff as well).

This summer, consider taking your infant or toddler to a minor or summer league baseball game instead of Fenway Park. There are minor league teams in Worcester, Pawtucket, and Portland, and summer league teams on Cape Cod, Lynn, Worcester, and Brockton. Also, college games are often youngster-friendly and relatively inexpensive, making them a good starting point. And high school games are the best — nearby, often free, and full of friends.

Taking your infant or toddler to a game isn’t for the faint of heart, but it’s worth trying out, especially in the summer. I love sharing my love of sports with my son, and I now look forward to every trip we take to a game together! 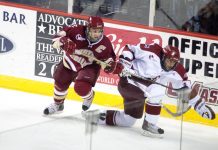 Hockey Season in Boston with Kids! 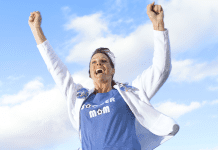 5 Simple Rules for Being a Good Soccer Mom Deanna Greenstein - February 4, 2023
Whether the weather is putting a damper on your outdoor plans or you are simply looking for an indoor place to play and get...