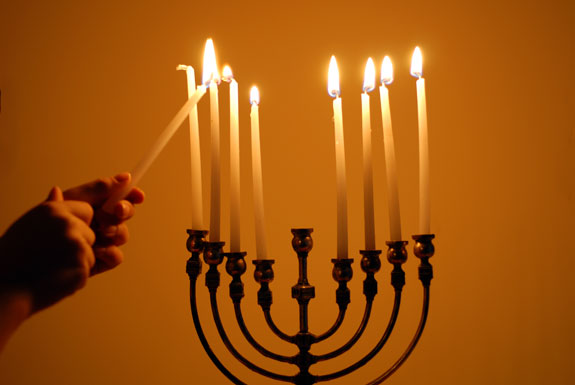 Hanukkah is an eight-day Jewish holiday that usually falls in December. (The dates move around because it’s based on the Jewish calendar, which is lunar, so though it’s always on the 25th of Kislev, that’s a different day each year in the Gregorian/solar calendar.) This year, Hanukkah begins on the evening of Sunday, December 6.

The holiday tells the story of the Jewish people in the second century B.C.E. The Syrian Greeks came along and turned the holy temple in Jerusalem into a pagan shrine. Eventually, the Jews fought back, led by Judah Maccabee, and they were able to recapture the temple. The legend tells that when the Jews were cleaning up the temple to rededicate it, they could only find one small cask of oil for their menorah (lamp) that should’ve only lasted for one day. But it lasted for eight whole days! There were two great miracles of Hanukkah — first, that the small band of Maccabees could overcome the Greek army, and second, that the little bit of oil lasted for eight days.

How do you celebrate it?

Every night for eight nights, Jewish people light the menorah, or hanukkiah, a nine-stemmed candelabra. They say a few blessings, thanking God for the miracle of the holiday, for keeping us safe, and for the special ceremony of lighting the candles. Gifts are often exchanged, especially chocolate gelt (coins). I like to give my kids one small present each night; it gives them something really fun to look forward to.

Traditionally, Jews eat foods fried in oil, like jelly doughnuts (sufganiyot) and potato pancakes (latkes). My very favorite latke recipe is found here — and it’s amazing because you don’t have to stand over a hot stove for hours but you still get delicious oven-fried latkes!

Kids (of all ages!) often play a game called dreidel. A dreidel is a four-sided top with Hebrew letters written on it. Based on which side it lands on, you either get to take some gelt (coins) from the pot or put some in. Rules can be found here, and check out some gorgeous dreidels here. 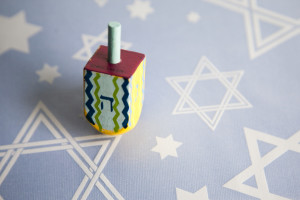 What else should we know?

If you’re curious to learn more about Hanukkah, our friends over at Kveller.com have some great resources for you. But here are my top five: 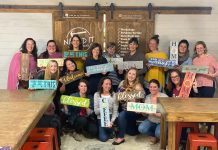