With the recent death of Naya Rivera, this month in Hollywood was a tough one for me, which is a sentence I can barely type out because it’s so utterly unlike me.

But this one is different.

I grew up in a small and exceptionally homogeneous town in the 90s. I went to school with the same 100 or so kids from preschool until high school graduation. I can’t say I had a wonderful experience there. As I got older, I started to understand that there were deeper reasons why I didn’t feel like I fit in with my community — one of them being my sexuality. My whole life, but definitely during my teen years, I had “crushes” on both males and females — something that was unheard of, and definitely frowned upon, by just about everyone in our small town. In short, there was no “room” for me there.

What could my angsty teenage self do except bury those feelings all the way down… and then hide them under a rock just for good measure?

When the show “Glee” premiered, I was almost ready to graduate from the small Catholic college I attended. For reference, I spent my college years working hard to make sure everybody thought I was solidly heterosexual, and most of them still believe I am. At the time, I was thankful “Glee” wasn’t a show my roommates liked to watch because I was so paranoid of “outing” myself accidentally.

The show got more and more popular (beware: I’m about to go full on GLEEK on you) and the relationship between Naya Rivera and Heather Morris’ characters blossomed in a relatable, messy, and sometimes heart-crushing way. It took several seasons until we finally started to see Santana’s shroud of shame and fear dissipate, which depicted the journeys of so many of us. We felt her refusal to celebrate herself and perform “Born This Way,” we understood the callous but defensive words she used to protect herself, her “just for show” relationship, her fear and refusal to label the real relationships in her life, and the desire to move to a new place and just start over so she could finally be herself. In so many moments, her feelings and experiences mimicked my own. In her character, I felt seen.

When I became a parent, the choice between being my authentic self to help teach my children to be their authentic selves and keeping my “secret” hidden to protect them from certain ridicule became an agonizing one. It brings me right back to the high school “shroud of shame,” wanting to protect myself from experiencing judgment and exclusion among my fellow mom peers. In the end, it feels so very similar to the heartbreaking scenes of “Glee” when Naya’s character is so afraid to come out that it’s hard to even watch them anymore. At this point, I feel a little “too” seen.

The often forgotten hero, though, is Naya herself.

While there were a handful of lesbian and bisexual characters on TV by that time, the rawness of Naya and Heather’s characters made the “Glee” storyline unique. Naya’s character required so much depth and understanding from the perspective of an LGBTQ+ character and a Latina, a rarely televised combination even now in 2020, and in every way, she got right to the heart of it. Naya and Heather pulled us, the people who were living a closeted life, right in. They validated our fears, nightmares, and quiet sobs at prom.

In fact, for a few moments at a time, our grief almost felt OK.

In short, Naya’s ability to touch the souls of so many of us struggling to come out was nothing short of brilliance.

In her book and through her character, Naya truly made us laugh, cry, and feel everything in between. In her, I felt seen — and it made me feel just a little less lonely.

Thank you to those who encourage us to be, and love, ourselves. For all you LGBTQ+ moms out there who are also feeling loss, fear, and sadness in your hearts right now — I see you.

You can read more about being an ally to moms in the Boston area here. 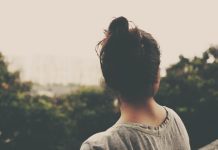 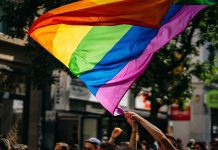 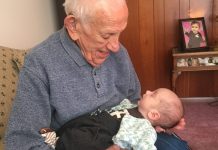 Dealing with Loss and Grief During a Pandemic