It’s harsh, but it’s true. We are ruining our children and, in the process, contributing to the downfall of society. If you and I exhibited the same behaviors we let our young children get away with, we’d be put in jail for theft, fired for insubordination, or arrested for extortion. Yet we let these tiny dictators rule the day, oftentimes with few consequences. Using the following perspectives as our guide, let’s stop the madness.

Child scenario: Madison wants the doll Emma is playing with. Both sets of girls’ parents get involved and tell Emma she must relinquish the doll immediately to appease Emma (aka share).

Adult equivalent: I walk up to your car and say, “I want that. Give it to me NOW!” and your passenger says you have to give me the keys.

Sharing on demand just doesn’t happen in the real world. Stop forcing it to happen to children. Move on, Madison (and parents), and find something else to play with until Emma is done with the toy.

Perspective 2: Misbehaving in a restaurant

Child scenario: For nearly 15 minutes, Jack stomps around on the booth seat, periodically touches the head of the diner in the adjacent booth, and screams “NO!” when his parents ask him to sit down. He also nearly takes the waiter’s eye out with a flying crayon.

Adult equivalent: I stand on top of my desk at work and throw staplers at coworkers while yelling, “you’re fired!” to everyone who walks by.

This just doesn’t happen in the real world without consequences (unless you’re Donald Trump). Start reinforcing social norms in public.

Child scenario: Michael doesn’t want to sit on the mat and wait for story time to start. His parents say he can have a lollipop if he sits on the mat. Michael sits, gets the lollipop, and immediately jumps up and runs around. When he finishes the lollipop, Michael refuses to sit again unless he gets another treat.

While it would be nice it this happened in the real world, extortion only works for the mob. Stop bribing children (especially with food) to do basic activities.

Yes, these adult equivalents sound ridiculous. But, sadly, they really aren’t that far off from what we let our children get away with and what they might come to expect is normal if we don’t stop the madness now. The future you (and me) will thank you… that is, if a civilized society still exists in the future. 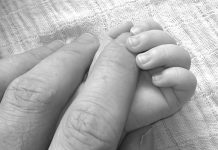 My Adoption Story :: The Journey of a Birth Mom 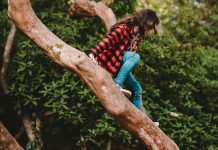