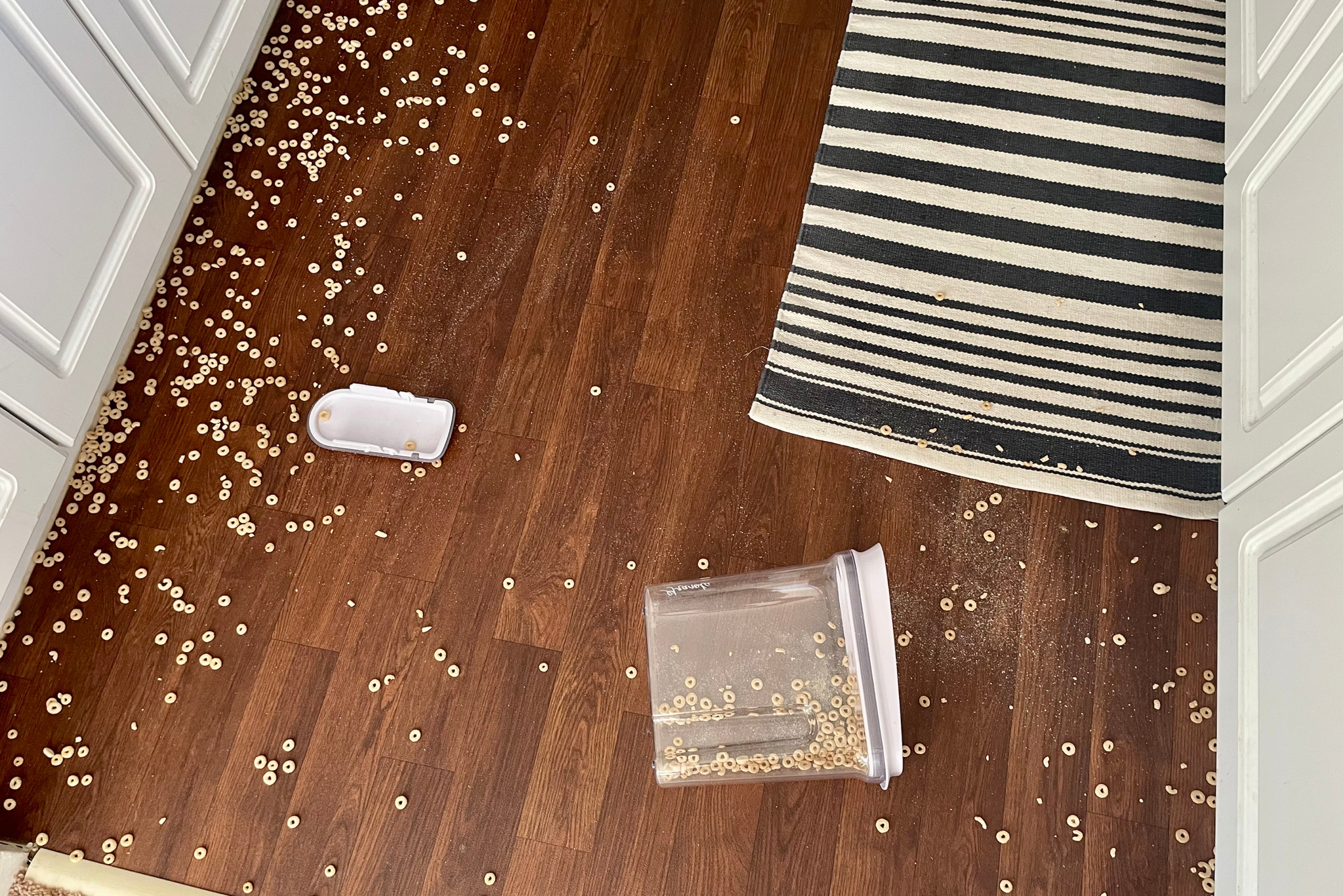 My generally jovial son just chucked a plastic cereal container of Cheerios, spilling them all over the kitchen floor.

I was standing six feet from him when this outburst occurred. The original version of myself as a first-time mom six years ago was right at the surface, ready to explode just like the scattered Cheerios. But then, the more seasoned mom — who has learned from much trial and error over the last six years — gently took over.

When my firstborn was a toddler, she had similar eruptions — just as every toddler does. Looking back, I am able to break down my own big feelings and emotions that were triggered by my daughter’s big feelings and emotions. In those moments I felt out of control of the situation. I saw a huge mess that would require the cleaning effort of a mom who was at capacity already. And my expectations for my little girl were that she act like the adult that she wasn’t.

I would yell. I would put her in timeout. I would cry. I would go back to her room and lecture. She would be hurt. I would feel helpless. And our day would be negatively defined by all of this. I would apologize to her for losing my temper. But the next time she acted out, the same scene would play out again.

These are not moments that I am proud of. But I have to give that version of my parenting self a little grace. She was very much still learning how to be the parent of a toddler. She did not know how to handle tantrums or challenging behaviors. She thought she was doing the right things.

Becoming a mom does not magically make you an expert in all things parenting. We steal from our own childhoods and how we were managed. We borrow from TV shows and media. We read books written by experts with higher-education degrees. We do our best to navigate situations we have never faced before and have no roadmap for.

Growth and development are not just for our little ones. They’re for us, too. It’s humbling and necessary to admit that we can do better. That we aren’t perfect authority figures. That we are flawed and must continually be learning.

And we slowly see our knowledge change our responses to our kids.

As I stood there looking at the mess my son had made, I was able to see a bigger mess that was more in need of my attention than the cereal in that moment. Him.

The compassion for my kids I have cultivated over the years allowed me to see that something was upsetting my sweet boy, and he didn’t know how to express it. He likely did not know what was wrong either. I crossed over our Cheerios barrier and scooped him up.

We traveled down the hall with him safely in my arms. I sat on his bed holding him tightly. He realized I was not leaving him. His anger melted under our loving embrace, and his frustration gave way to sobs. He cried on my shoulder for endless minutes.

When his crying turned to smaller whimpers, I asked him what he needed. His reply was, “I just need you.” Eventually, he pulled away from me, smiled through the tears, and asked if he could help me sweep up the Cheerios.

My parenting experience has also taught me over the years that many tantrums boil down to two problems: tired or hungry. Both were true, as we had not slept well the night before, and it was mid-morning snack time.

We got him a snack and moved on with our day. No drama. No mom guilt.

Gentle parenting is difficult, and it takes time and patience that parents do not always have an abundance of. But it leads to connection. It instills the value in our kids that we are a family. That we work through problems together. And that we are always here for each other.

My hope is that these values continue to weave us together, strengthening our bond for a time in my kids’ lives when I won’t be able to scoop them up and hold them through their meltdown. A time when their problems are bigger than Cheerios thrown on the floor. A time when I might not be able to fix what’s wrong, but they will know that I’m in their corner, no matter what.

I could choose to regret and shame myself for the poor choices I made as a new mom. But that doesn’t change the past. Instead, my focus is on becoming better for my kids now. There was a time when I didn’t know better. I didn’t have the emotional tools to support my children in their outbursts. But I wasn’t willing to settle for that baseline. I will never be perfect, but I am continually growing as a parent. That will never stop. And I’m proud of that. 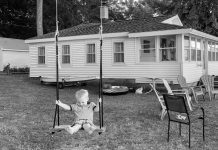 Postpartum Anxiety :: The Other Disorder