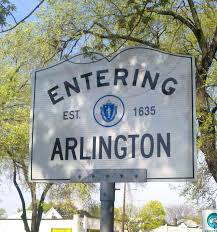 I fell in love with Arlington before I ever moved here. When I was single, I was looking for a town close to Boston with all the conveniences but plenty of quiet space too. I bought a condo in East Arlington, which was walkable to shops, restaurants, and the library. I could also walk to nearby Davis Square and the commuter rail in West Medford (which took me straight to Bruins games in only 10 minutes!).

Vibe :: A suburb with a city kick

Arlington is diverse, and there is a real sense of community here. And the cuisine is diverse as well: Besides your usual pizza places, there are Thai, Japanese/Sushi, Indian, Mexican, Italian, Mediterranean, and even a Persian restaurant to choose from. There are plenty of coffee shops — my favorite is Kickstand Cafe in Arlington Center, where you can grab lunch, or just coffee and pastries, and enjoy the scene inside or out. Arlington is definitely family friendly and also LGBTQ friendly. It’s a town that feels like a city, but without the difficult parking.

Mass Ave. is the main street that runs east to west East Arlington, Arlington Center, then Arlington Heights. East Arlington and Arlington Center are known for two-family condos, as well as single-family homes. Both neighborhoods are flat and extremely walkable to restaurants, shops, libraries, and public transportation. Arlington Heights (along with the Morningside neighborhood) consists of mostly single-family homes, and, as the name implies, is very hilly! Many of the smaller homes in these neighborhoods have been rebuilt or torn down and replaced by newer, larger homes. Unfortunately, the cost of living in Arlington is not inexpensive: In 2021, the average list price of homes according to Zillow is $829K.

Arlington has an excellent school system, with seven neighborhood elementary schools (K-5), the newly renovated Gibbs School for 6th graders, Ottoson Middle School for grades 7-8, and Arlington High School, which is in the middle of a major rebuild! There are some private schools as well, including St. Agnes, Arlington Catholic, and Lesley Ellis. There are many daycares, including bilingual options.

Arlington has two libraries, the Robbins Library and the smaller Fox branch, which offer numerous kids’ activities and resources. My son has been going to the children’s room at the library since he was a toddler and is still genuinely excited to go there now.

Because there is so much to do in Arlington, I don’t often feel like I need to leave to find places to explore. For those who love to bike, run, or stroll, the Minuteman bike trail goes through the entire town and is easily accessible. There are numerous playgrounds for kids to enjoy, including Magnolia Park and Robbins Farm Park, with a beautiful view of Boston.  In the summer, the Arlington Reservoir is a great place to swim and enjoy an easy hike.  The “Res” is currently under renovation, but by next summer it will have an updated snack house and changing building.

If you love the outdoors, Menotomy Rocks Park offers plenty of open space, short hiking trails, picnic areas, a playground, and a great place to snowshoe in the winter.

Fun indoor spots include the Regent Theater for live shows; the Capitol Theater, a small independent movie theater that also sells Richardson’s ice cream; and the Book Rack, a great place to browse new and used books. There are also several gyms and yoga studios.

Arlington Center and East Arlington are very walkable. But even in Arlington Heights, there are MBTA busses that take you to Alewife, Harvard Square, and other locations. Parts of East Arlington and Arlington Center are also walkable to the West Medford commuter rail station or Alewife station (Red Line) in Cambridge. Each September, Arlington has Town Day, where Mass Ave. is closed off for the day for food, music, and fun. There is also a weekly farmers market from April to October in the Center. Getting around is easy!

Arlington has the best of both worlds — it’s a hip town with a city feel but also plenty of green space. It’s just seven miles outside of Boston with easy access to both Boston and Cambridge. It’s also an easy ride to both the North and South Shores. What a great place to raise a family! 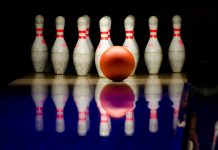 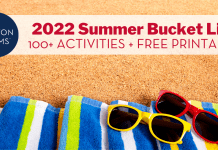