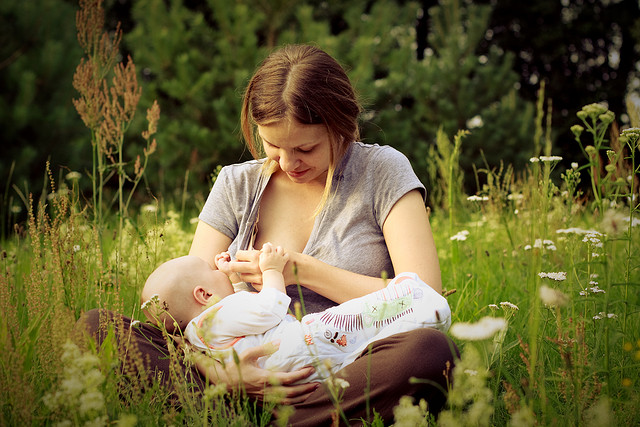 A few days after I moved to Massachusetts, my in-laws brought my 6-month-old son and me into Boston to play tourist in our new city. As is the case with many babies, my son needed to nurse several times throughout the course of the day, so as we rode around in the back of the trolley I had no choice but to throw on my nursing cover and feed my child. He ate while I enjoyed the scenery of the North End.

It was at that point that I thought, Wow, I really should keep a list of all the crazy places I end up breastfeeding. You know, the same way people keep lists of the states they’ve visited, landmarks they’ve seen, unique places they’ve, ahem, “made whoopee.”

Thanks to our Boston trolley tour, I breastfed at Boston landmarks like Cheers, Boston Common, and Boston Harbor. I’ve also nursed my child in eight different states from Texas to Indiana (home of Leslie Knope! She would be so proud.), and three different state capitals. By far, the most picturesque place I ever breastfed was at a vineyard on the Long Island Sound — gorgeous scenery.

In thinking about my own list, and in honor of World Breastfeeding Week, I polled my friends over social media and called for the most unique, interesting, or exotic place they’ve nursed their little ones. And I must say, I had several good laughs with the responses:

“During a planetarium show.”

“I pumped in a limo during a friend’s bachelorette party. It was my first and last time using a manual pump!”

“The storage room/closet in the back of the science lab at the school where I taught.”

“Nursed all through the home-buying process — at the realtor’s table signing offer forms and again at the title company for closing.”

“I remember nursing while baby wearing with my Moby Wrap (kid two) and my Mei Tai (kid three). Interesting places where I did that: the toy aisle of Walmart, while walking around the Houston Zoo, during an exercise class for moms (my son was in the carrier right next to me; he woke up, so I grabbed him, he latched, and I kept doing squats).” (This mama is hardcore!)

“The UPS guy got a sighting when I opened the door with my boobs hanging out all hooked up to the breast pump.”

“I attended a friend’s wedding reception on Long Island Sound, and I wore a long, fitted dress. I had to wait far too long to nurse, and when I finally did I had to unzip the back of my dress and drop one side to expose my breast. There were mosquitoes everywhere, which my husband tried to brush off me and my son while he nursed. The other breast ‘let down’ and flooded my dress. I had to go say goodbye to the newlyweds with a soaking wet dress.”

“Most precarious was at a fondue restaurant — no molten cheese dripped on the little guy!”

“On a stranger’s porch in Nashua, New Hampshire, while listening to a President Obama rally. Also, at the cemetery after my grandma’s funeral. And one time I nursed in a moving car (baby stayed buckled!)” (Our BMB managing editor, Ashley, has a really good list, too!)

“Chicago O’Hare Airport, waiting in line to re-book my flight after it was cancelled.”

“On a boat while whale watching.”

“New York subway.” (All my NYC mama friends are thinking, “Yep, been there, done that!”)

“The Carousel of Progress ride at Disney World. Also, while waiting in line to meet Goofy.”

“On the Mass Pike in Thanksgiving traffic while my husband was driving and my son was screaming at the top of his lungs! He was safe in his car seat, and I somehow leaned in to let him eat with my cheek pressed against the window!”

“At a hot air balloon festival in Stowe, Vermont, and at multiple spots around Disney World.”

“Walking in a cave!”

“Under one of the famous Chinese magnolias in the San Francisco Botanical Garden. I thought it was a quiet corner of the park — turns out it was the highlight for the large tour group that stopped and stared for 10 minutes.”

“My living room is far from exotic, but I have to keep reminding my 7-year-old son to ask before parading in the neighborhood kids.”

Several women shared places where they felt uncomfortable breastfeeding, such as at church, at a funeral, or at a school, and those responses make me especially sad. I hope you’ll notice that in the language of my post, I didn’t ask for the most “awkward” places these women had breastfed — breastfeeding your child should never, ever be awkward. It’s only awkward when you nurse your child at restaurant, and a stranger takes a picture of you and posts it on social media. It’s awkward when you ask to nurse in a store’s dressing room, and the employee sends you out into a back alley. It’s awkward when your place of employment doesn’t give you an adequate space to pump, and you end up pumping in a supply closet. Breastfeeding is not awkward; if you ask me, it is a God-given miracle that should be celebrated, not shunned.

So for all my nursing mamas out there, if you ever feel awkward nursing in an unusual situation, don’t! Just read this list and know that from Jerusalem to Long Island to Boston, so many of us have been there, too!

What is your most interesting breastfeeding story? Be sure to check some more posts from BMB about breastfeeding! 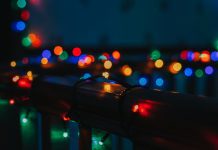 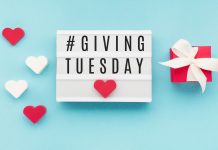 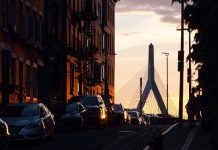