As a former social studies teacher, I can’t help but give a bit of background. In 2000, President Bill Clinton officially declared the month of June as LGBTQ Pride Month in the United States. The month was chosen in commemoration of the June 1969 riots at the Stonewall Inn in New York City during which LGBTQ patrons fought back against the rising tide of discriminatory police raids on gay bars across the city. On June 8, Boston will celebrate Pride Month with its annual parade, marking the 50th anniversary of the Stonewall Riots.

I’ll admit it — America has come a long way since 1969. Heck, America has even come a long way since 2000. In 2003, Massachusetts became the first state in the country to legalize marriage equality in Goodridge v. Department of Public Health. The landmark Supreme Court case Obergefell v. Hodges (2015) declared state bans on same-sex marriage unconstitutional, legalizing marriage equality and greatly increasing the safety and stability of my family and countless others across the nation. Each of these cases was a significant step forward, and we should not underestimate their impact.

Nevertheless, I spend a lot of time crossing out “Mother” and “Father” on the various forms I fill out for my son. A lot of ink has been used in the writing of “Parent 1” and “Parent 2” in their places. It’s amazing how many small moments, such as filling out paperwork at the dentist’s office, can have the significant impact of making you and your family feel invisible. Although perhaps the physical act of crossing out two words seems a simple one, the emotional toll it takes is exhausting.

Who wants to be reminded, again and again and again, that they are less than, overlooked, or unimportant? Being continually reminded of that fact is hard. Summoning the energy in those moments to yell, “I AM HERE, TOO!” over and over again can be even harder. And so, I have been perpetually grateful in my life for the moments when other people help me do some of the heavy lifting and help families that look like mine feel seen and be acknowledged.

There are still significant wars to fight and battles to win, yes, but the small victories warm my heart. I love when heterosexual friends do the crossing out for me, changing their own form to Parent 1 and Parent 2 even when their family has a mother and a father. They could fill out the form as it is with no impact to families like theirs. However, they change the form simply because they know it affects families like mine. To them, a family is a family, and so they add their voice to the fight for recognition and inclusion. I love when I hear people ask, “What does your partner do?” as opposed to assuming the gender of said person. It’s such a small change to use the word partner, but its impact is significant.

It seems so simple — the act of acknowledging LGBTQ families and relationships or reminding others that families come in all forms. But when straight allies do so in authentic, thoughtful ways, it means the world to me and to hundreds of thousands of gay families around the world.

This month, I’m looking for allies.

I’m looking for people’s voices to join mine in recognition of my family and others. Ally work can be hard and complex, yes, but it doesn’t always have to be. It can be as simple as saying, “I see you,” and telling other people that you see us, too. Maybe I’ll see you downtown on the 8th. Maybe I won’t, and that’s OK. But hopefully, I’ll see, hear, or feel your support to help move the country forward on many other days. 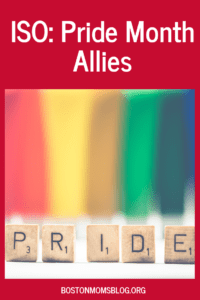 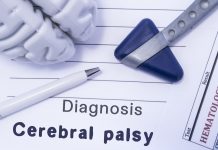