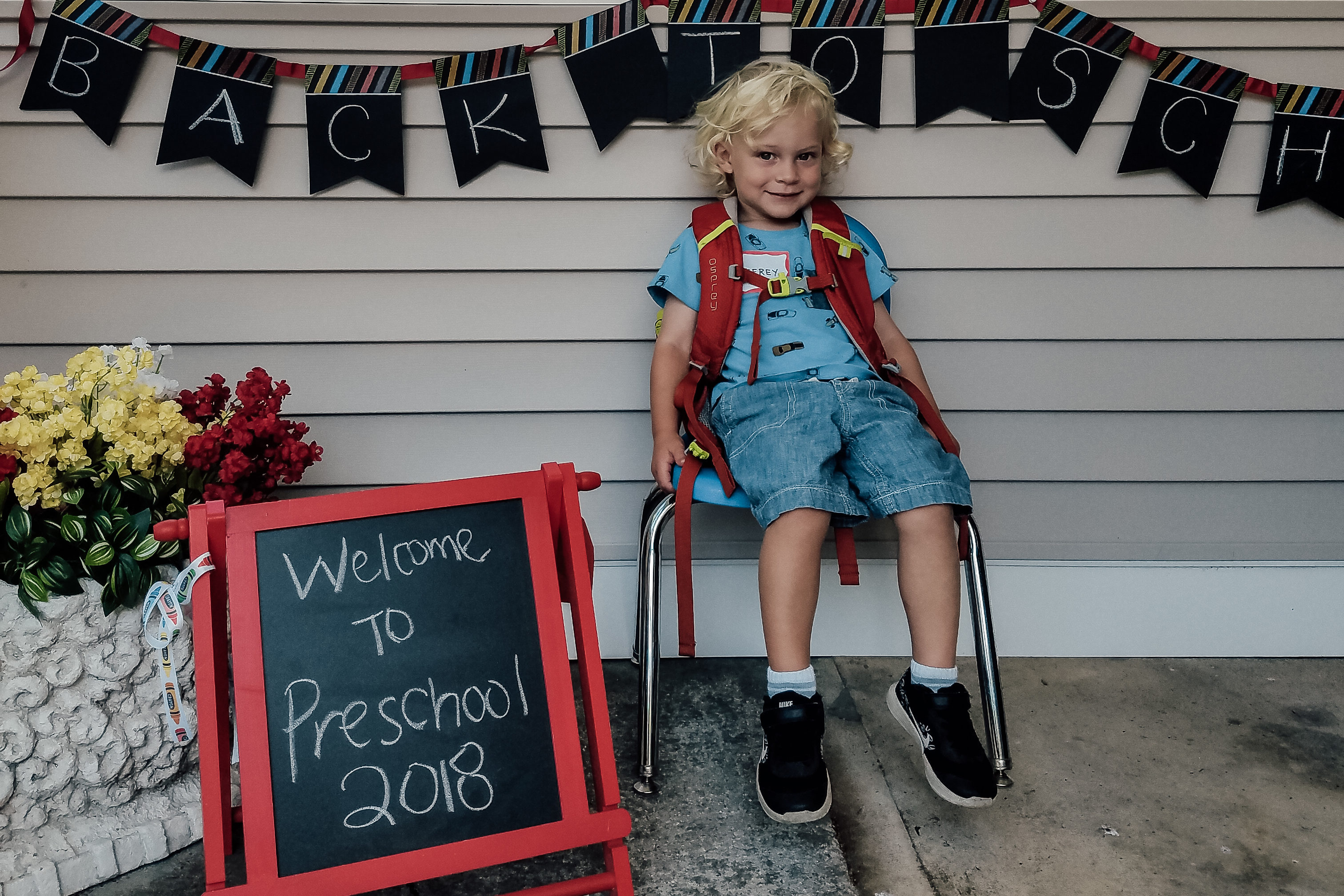 Like many first-time moms, I was excited yet nervous for my child to attend preschool. Up until that point he had been at home, so it was both liberating to think about receiving some free time and nerve-racking to lose some control. These emotions, combined with the fact that I am a former teacher, brought me into orientation day ready to scope out the classroom and hopefully gain some confidence in my choice. I wanted only the best for Jeff.

My son was newly 3 and noted as having a possible speech delay, so I worried when I noticed the birthday poster hanging on the wall that confirmed a quarter of the class would be 4 by November. I pushed through my worries, figuring I was being a bit extreme. And besides, it could be good for him to learn from the older children. We moved forward, and I hoped for the best.

He seemed to be adjusting well. I continually received positive reviews at pickup: He was listening, waiting in line, and learning to take turns. I felt a sense of pride when I would drop him off in the mornings and see his independence blossoming. He was excited at the table activities, and he had no trouble saying goodbye to me.

One cold January day as I arrived at pickup, his teacher exclaimed, “We heard Jeffrey speak today!”

I was stunned and a bit alarmed.

They went on to say that it was one of the first times he had volunteered information. I knew he was not the most verbose child; we were already looking into speech therapy options for him. But to not speak at all at school? I was really worried. He spoke at home and around family, so to not speak at school confused me. All the rule-following and good behavior be darned — what was the point of preschool if he was basically a fly on the wall?

Since it was time to register the children for the following school year, I became even more confused and emotional about what would be best for him. How could I send him back to preschool without truly knowing what he understood, where he fell in the classroom lineup, or where he would be with his speech therapy. It just didn’t feel right. While brainstorming ideas, a thought came to me: What if he repeated the 3-year-old class?

It may sound odd to hold a toddler back in preschool. But for my son, it was a pivotal choice.

After meeting with the school director, who was in agreement, we finalized the decision, and I’ve felt a huge sense of relief. I’m looking forward to watching him continue to learn and grow — and hopefully thrive — at school. It has taken some people aback to learn that he is repeating a year of preschool. “What will you do next year?!” they question. “Will he be going to kindergarten on time?”

In short, I don’t know. I’m not sure what we will do. And I fully understand that whatever we end up choosing may directly impact his educational future. But what I do know is that I’m taking it seriously and weighing the standard placement and timeline in conjunction with his development. For me, it isn’t so much about where he falls in an age group, but more about how he has developed, and whether he’s ready to move forward. This move, which at one point seemed so overwhelming, has, in turn, empowered me as a mother. I feel strong and confident in my ability to gauge my son’s development and make decisions that are best for him. Even if they aren’t necessarily easier for me or typical in our society. 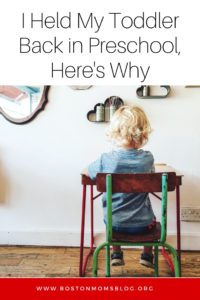 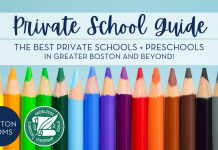 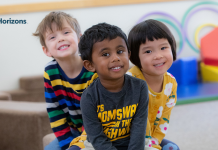 Four Things We’re Doing to Get Ready for Kindergarten