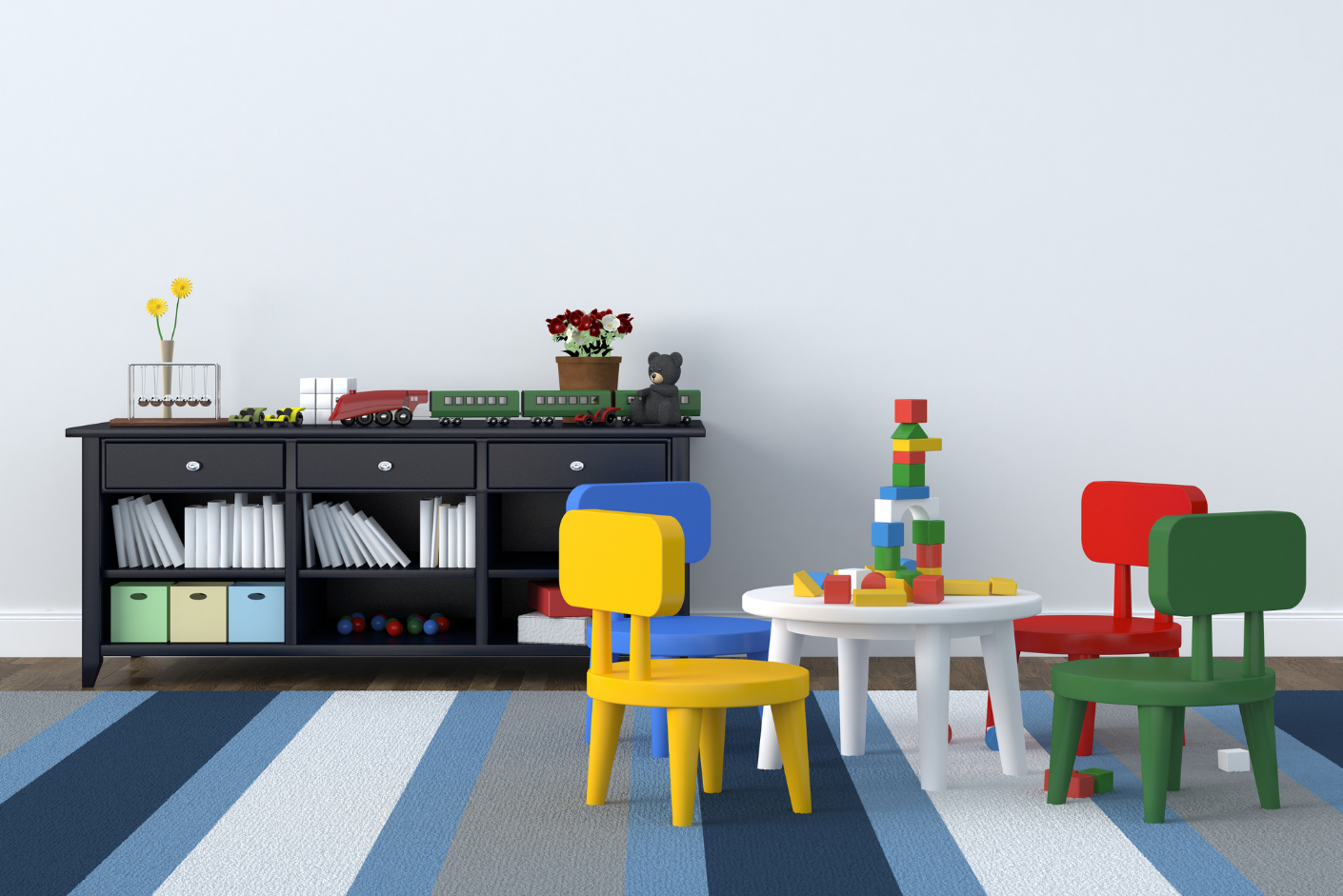 It’s been an entire year now living as a family of seven! With seven of us occupying a house and together soooooo much more than we planned, it has certainly been a chaotic mess.

For too long, I felt like I was always picking up stuff, stressing over shopping, folding an enormous amount of clothing and blankets, and cleaning messes from faces, bums, and counters. It felt like there was no time for anything fun. So I’ve identified four ways to reduce household work and minimize the chaos with five kids in tow. The following four tips have allowed us to move from a life of doggy paddling to a life of staying somewhat afloat.

Taking the kids shoe shopping is one of the top three things I am not interested in doing. Ever. It is the worst. Someone is always crying, afraid, touching the merchandise, or begging for something I don’t intend to buy. Add to that, I will most likely run into someone I know who wants to catch up. My anxiety goes through the roof because I know it will cost more than I want, and I will walk out not knowing what I bought due to the chaos.

So I bought my own Brannock Device. It is the foot-measuring device they use at the shoe store. When it’s time for shoes, I measure my kids’ feet at home, and I go out on my own or online and buy them all at once. Done. I no longer take my children shoe shopping. I’m sure that one day they will want to have a say in what shoes they get, but right now, Mama Bear has that one small thing under wraps.

Fighting over who got which fun plate was too much. We had fun animal plates and holiday plates, and it ALWAYS ended up with someone crying because the one they so badly wanted had been claimed. There was no joy in the fun plates and bowls. So I got rid of them and purchased really affordable and practical dishes for kids instead. I considered stainless steel to really make it uniform. However, I realized that the sound of all those bowls and plates crashing against the counters and floors would break my eardrums and send me into a crazy mom rage. Instead, these colorful plastic plates brought an end to the three-times-a-day meltdown that once existed in our home. I bought multiples of each color — hint hint.

Purge all of it

We got rid of the hair ties, the nail polish, the crazy glue, the plastic Tupperware, the excess games and puzzles, the extra doll clothes, the matchbox cars, the blankets, the extra Barbies, the Barbie accessories, the fake plants, the figurines, the pieces, the towels, the pretty things, the standing photos, the Legos, the markers, the sticky notes, the diaper cream, the bug spray, the extra bags, and anything that was there “just in case.” Stuff that I couldn’t throw away or donate, I put away in a box that is now stored in a corner in the attic or the basement where the kids won’t ever go (as of now).

I have come to learn that kids don’t gravitate towards toys. Instead, they gravitate toward anything they can get their hand on. If you can live without it (even if everybody else has it), get rid of it because the mess potential is real and neverending. If you don’t have it, it cannot become a mess. The nail polish won’t end up all over the toddler, Barbie accessories won’t become a chew toy for the baby, and the plant soil won’t end up all over your floor again and again. If there are no markers, your walls could potentially remain a blank canvas!

This is my new absolute favorite change.

I’ve reduced all five kids’ closets down to the following setup: They each get seven in-season tops, three sweaters, five dresses, one dress-up outfit for pretend play, 10 in-season bottoms, seven sets of PJs, 10 pairs of underwear, 10 pairs of socks, one pair of sneakers, one pair of boots (rain and snow), one pair of slip-on shoes, two towels, one winter coat, one fall jacket, and one raincoat. I allow for some exceptions, but the item is heavily considered before being included.

There is still a lot of laundry for each child, but it doesn’t feel as neverending as it once did (and it’s more likely to get done in a week). AND if they get a new shirt, they have to get rid of one in their closet. We are no longer in the business of collecting clothes, coats, specialty items, shoes, socks, or dress-up items. So far, none of them are into shopping for clothes, so I still have the reins on the closet. In the future, if they want a more extensive wardrobe, they then take on the role of doing their own laundry!

It’s still chaotic and messy, but it’s a little less of both. I’m also pretty sure this is short-lived to some point. But for the time being, I have a bit more time for things much more fulfilling, like cuddling, boss-momming, and working out! 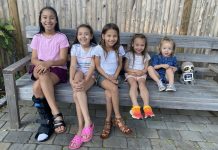 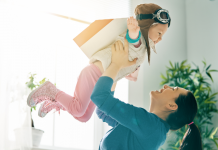 Leaning In and Letting Go 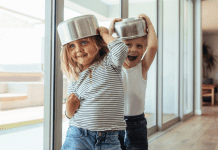