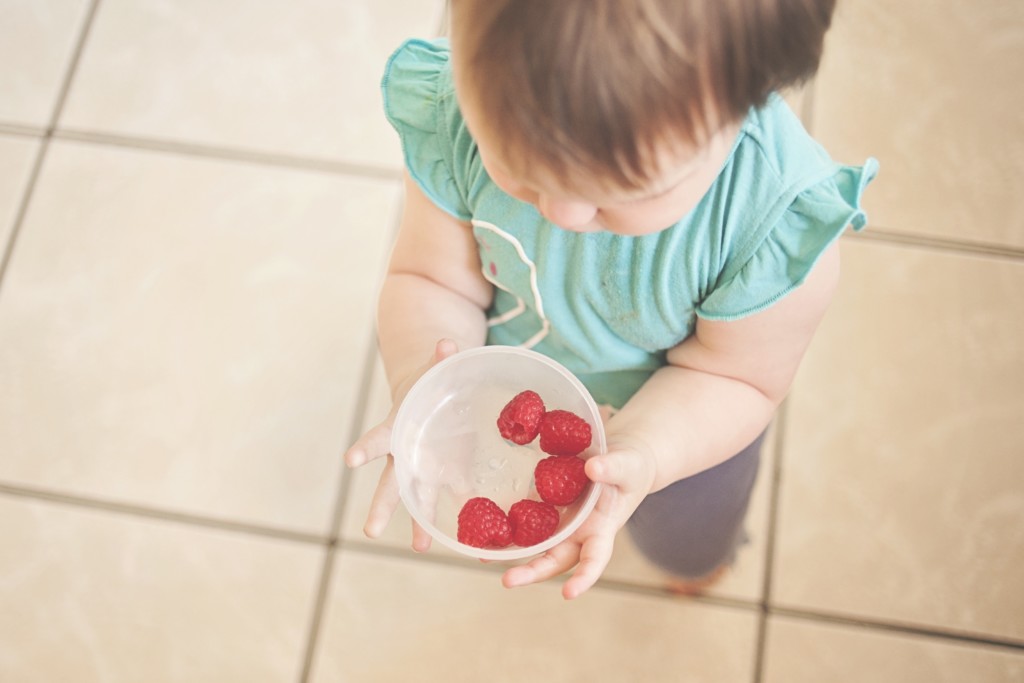 For the first six months of my son’s life, he was exclusively breastfed. No formula, no solids, no rice cereal. Just me. During the second half of the year, we added organic foods to his diet. I pureed sweet potatoes, apples, peas, and squash; each food was chosen to provide nutritional value and to expand his taste palate — he was a foodie in the making.

We worked our way through all the food groups — veggies first, fruits last, potential allergens separately, all foods single file. He eventually progressed to solids, eating grapes (skinned only!), and cheese (tiny nibbles!), and even peanuts (pocketed in his mouth until he eventually spit the tiny crumbles out!). There were signs of pickiness for sure, but overall he was moving in the right direction.

But the process of eating is actually a difficult and complex task.

It requires sensory and motor skills, as well as coordination, to get food from the table to our bellies. All of our senses come into play, and the process of using our mouths to take food in, our teeth to chew, our tongues to taste, our salivary glands to start the digestive process, and then our muscles to swallow must happen in very short succession. It’s not a concept you think about unless you are a speech therapist, you have a stroke — or you have a child who is hell bent on avoiding the process.

Over time it became increasingly apparent that our son was developing strong aversions to certain foods. It was more than “pickiness.” The revelation took time. We moved through the stages of food introduction, and everything progressed normally, for the most part. We first deemed our child “picky,” and we began asking other moms about their toddlers’ eating habits, just to gauge what’s normal. Progress was slow but consistent. But then, at some point, progress stopped and even began to reverse. And then it became clear our child had changed his daily diet by refusing to eat almost everything we offered.

He had stopped eating most foods altogether.

At a regular check-up, I mentioned to our pediatrician that my son wasn’t eating much. We were supplementing his calories with Pediasure because his food intake was decreasing. She asked a few background questions and assessed him right then. He did not have any hyper gag reflex or gastrointestinal issues. She suggested he might have an actual aversion to solid foods, and she recommended he visit an ancillary feeding clinic. There, our son was recommended for “food school.”

Food school is a group-based service that aims to improve children’s relationships with and consumption of food. We knew we were having difficulty, but did we really need this type of intervention? Was this some kind of joke? When we reached out to the clinic, we were surprised to find out this service was no joke. There was actually a waitlist to get in. Five months later, we began food school. It would run once a week, for an hour, for eight weeks. It was quite a time commitment, requiring coordination around work and school and babysitters. But we forged ahead.

We had no idea what to expect at the first session. How were they going to convince our son to eat food he wouldn’t even touch? Why was this so difficult?

The 3- and 4-year-olds went with a clinician to the food school room while the parents went down the hall with a second therapist (where we were able to watch our children on a large TV screen). The session started with lighthearted icebreakers for the kids — singing and clapping. Soon, covered trays were brought out. Each tray held a particular food. First up: Rice cakes!

During the session, the kids were asked to touch, feel, and even play with the food. Our son liked the shape of the rice cakes, and he would roll them around on the table. Looking around, I saw similar expressions of curiosity on the other parents’ faces. Were we being told it was a good idea to let our kids play with their food?

As we watched the children, the clinician pointed out instances where they were responding to the food in a certain way based on their underlying textural aversions. There are people, including our children, who avoid touching foods — using their hands or their lips — due to how they feel. In the end, all the kids refused to eat the dry rice cakes. The instructors were able to get some of the kids, including our son, to touch or gently kiss the rice cakes with their lips. When it came to the mushy sweet potatoes, though – no way! Not one child would touch, squish, or poke the sweet potatoes with their hands. The compromise was to touch the potatoes with spoons. They stared wide-eyed as the instructors kissed the sweet potatoes, but none of them dared to try.

It was a moment of realization for all the parents — we saw, as outsiders looking in, exactly what our children were struggling with. It was something much more complex than picky eating.

The sessions continued. Each week, the kids made progress. It was admittedly very slow going, but overcoming food aversions takes time – and lots of patience. Our son went from not wanting anything to do with wet foods to being able to touch them with his hands and even, in some cases, put them to his lips. He still hasn’t actually consumed anything, but we have seen progress. It will be awhile before he actually eats wet foods, but he does consume dry foods, and that is comforting. We’ve incorporated some of the lessons we learned at school to our home.

Time will ultimately tell what is to come, and there may even be another round of food school in the months ahead, but we are feeling better with the knowledge and hopes we now have. 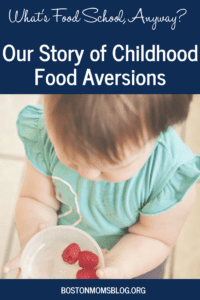 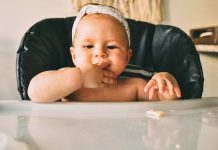 How to Raise a Foodie