Photo courtesy IMDB.Whether everyone is happily stuffed with turkey and simply wants to set their brains to neutral — or whether everyone is so over talking to each other and needs something to stare at — there’s a Thanksgiving TV episode for every situation.

Personally, my favorite Thanksgiving television is the uproarious, people-in-absurd-and-awkward-situations kind. The really good episodes manage to get some real feeling in there, too. When you’ve maxed out on family time this Thanksgiving and need to unwind, try one of these 15 Thanksgiving TV episodes. (Oh, and if you’re looking for something that’s kid-friendly, here’s a list for you.)

“How I Met Your Mother”

If you’ve watched “How I Met Your Mother” with any regularity, you know that the slap bet is a running gag. “Slapsgiving” brings it to a new, hilarious level.

“The Fresh Prince of Bel-Air”

Something that comes up a lot in November (Thanksgiving) is kids not being grateful for what they have. Add in the obligatory stressful family visit and food preparation going awry, and you’ve got the Fresh Prince’s “Talking Turkey.”

Family is such a huge theme of Thanksgiving. The “George Lopez” episode “Guess Who’s Coming to Dinner, Honey” deals with what it’s like when you’ve never known part of your family.

Another Thanksgiving tradition (whether watching or attending) is the Macy’s Thanksgiving Day Parade. The Goldberg kids try to go see it in “Ho-ly K.I.T.T.” (with a bonus 80s setting!).

“Speechless” is one of my favorite shows that is currently airing new episodes. The show’s first Thanksgiving episode, “T-H-A– Thanksgiving,” is no exception to its traditionally great episodes.

For the biggest belly-laughing absurdity, the “New Girl” episode “Thanksgiving” is one of my two all-time go-tos.

Finally, possibly the greatest Thanksgiving sitcom episode of all time, the “WKRP in Cincinnati” episode “Turkeys Away.”

My top five hour-long Thanksgiving episodes (in case you like more than a dash of drama with your Thanksgiving comedy):

Bones is always good for humor, heart, comedy, and intrigue, and the episode “High Treason in the Holiday Season” has it all.

I recently re-watched the series “Chuck.” Although you get more context if you watch the whole series (except for the last season — you can skip that), “Chuck vs. The Leftovers” is fun with a dash of heart and humor.

I am an unabashed “Buffy the Vampire Slayer” fan, and there are so many good moments in the episode “Pangs,” including a discussion of colonialism and its impacts on indigenous peoples. I try to watch it every year.

If you’ve ever had to shuttle among houses over the holidays, you’ll be able to identify with Lorelei and Rory in “A Deep Fried Korean Thanksgiving.”

One of my favorite moments in “The West Wing” is President Bartlet’s call to the Butterball hotline in “The Indians in the Lobby.”

Did I get your favorite Thanksgiving episodes? What will you be watching this holiday season? 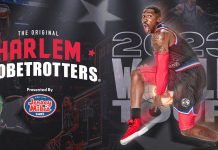 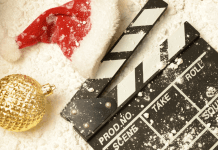