Boston Moms is thrilled to work alongside Code Wiz Arlington to bring you this information. While this content is sponsored, the experiences and opinions are all our own. Use code bostonmoms50 for $50 off your first month membership or a camp!

After taking a trial class with Code Wiz Arlington a few months ago, it was all my boys could talk about. All. The. Time. They wanted more! Not being a gamer myself, I questioned whether a class longer than an hour would really hold their attention, especially since we have definitely eased into the relaxed days of summer over here! Their enthusiasm wore me down, though, and we decided to take the leap and give it a try.

My 12-year-old son Ashton loves Roblox. (Read: He is obsessed and would probably move into the little worlds they play in if he could just figure out how to squeeze his body into his tablet.) So it was a no-brainer which class he would be taking when we saw the possibilities listed on the Code Wiz site!

My fears about the class holding his attention for the full two-hour time span went right out the window as soon as class began. Within minutes, Ashton and his game coach, Austin, were chatting about their favorite aspects of the game and what they would change about other people’s creations if given the opportunity. Needless to say, Ashton was overjoyed when Austin revealed he would be guiding him through the creation of his own world. 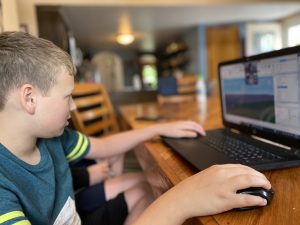 They decided Ashton would combine his love of gaming with his love of baseball and use the class to create a baseball field for his characters. Over the two hours that followed, Austin taught Ashton how to build walls, fences, bleachers, bases, and even a zoom track between bases to make the characters run faster. They worked together to create a NPC (that is a non-player character if you are a clueless mom like myself!) that would tell guests where to go and what to do once they entered the world. It was exciting to watch his dreams come to fruition!

To my surprise, at the end of the class Austin taught Ashton how to make his world go “live” — meaning other players could actually play in it! Once we set it to a “friends only” setting, Ashton’s Roblox friends were able to sign in and enjoy his hard work. It was very exciting and piqued his interest in coding for the future!

Throughout quarantine, my 14-year-old son Damon has been playing Minecraft online with his friends. He was quite excited to see that there was a Minecraft mod class available!

We had some internet connection issues during our first attempt at taking this class, and Damon’s gaming coach, Kat, was more than accommodating with our need to reschedule! Once we were actually connected and rolling, our class was fantastic.

Kat taught Damon that because Minecraft is its own entity, creators use sites like learntomod.com to bypass and alter their own games. In this way, creators create commands and functions to adapt their own gameplay. 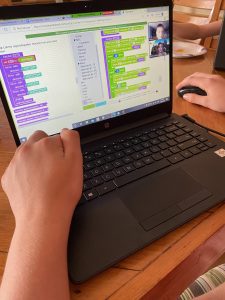 With Kat’s guidance, Damon was able to create a server through Minecraft launcher, which is similar to the worlds Ashton created in Roblox. Once in their own server, Damon was able to place command blocks and make a mod to spawn and create fences and shelters. He learned to use an entity to spawn animals and coded functions that were used to direct a drone to move and place the objects he created. It was fascinating to watch! (And I hope I explained all of that correctly, because my kid and his teacher were having such a fun time chatting away that this mom had difficulty keeping up!)

By far, Damon’s favorite part of the class was when Kat guided him through creating a fireball wand mod. He created the weapon himself and coded it to throw fireballs when he left-clicked and shoot a fireball to where the cursor was pointed when he right-clicked. He was able to transfer this weapon to his own Minecraft game, and he uses it in his current gameplay. To say this mama is impressed is an understatement!

If you are looking for a way to mix educational content into your kids’ love of video games, Code Wiz classes and camps are the perfect place for you.

Class content is individualized and honed toward the personal interests of the student, and the pace is self-set. Coaches are enthusiastic about gaming and knowledgeable about the “behind the scenes” aspect of creating game content. My kids would have happily continued after the two-hour class was done, and they have been happily using the skills they gained during class in their gameplay! 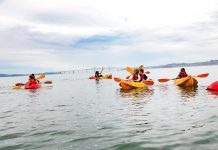 It’s Time to Ditch the Screens and Get Outside 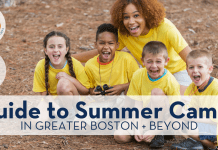 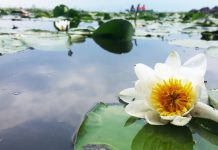