This city dweller hadn’t heard of Pomfret, Vermont, until 20 years ago, when my father purchased an old house there. I first visited his Pomfret house in the winter of 1999, before I met my husband and certainly before I had my son.

It was cold. The heat was spotty, at best, and the old windows didn’t do much to block blustery winds. I wasn’t too fond of the harsh elements indoors. I was accustomed to my newly renovated Boston apartment with a robust heating system.

Fast forward twenty years, and I decided to take the trek to Vermont again — this time with a family. I picked the summer as our background for a weekend in Vermont, hoping warmer weather would endear me to my father’s oasis. With toddler in tow, our activities were geared toward, well, toddlers.

Seeing Vermont through my son’s eyes sparked a wonder I hadn’t experienced there before.

I’m accustomed to summer getaways to the beach, so I wasn’t sure how to enjoy a landlocked state. At my father’s suggestion, we visited as many farm animals as possible. We visited neighbors’ farms. We visited farm museums. (Actually, we skipped the museum and just ran after my son who was running toward the live farm animals.) On our car rides to and from the various farms, we remarked at every cow, horse, and sheep in the landscape. It was so fun to hear my son apply his animal sounds in context.

When we weren’t chasing down livestock, we participated in many of our regular summer activities, which felt extra special with such a picturesque backdrop. Like grilling. Yes, we are meat eaters, and we enjoyed some delicious hamburgers from the grill. Another hit for my little family? Running. Everywhere we went in Vermont was marked by large amounts of running (at a toddler’s pace). Whether in my dad’s backyard or out and about in the Vermont countryside, my son made a habit of turning to me often and stating, “I want to run.” It was almost a whisper that preceded a jet-engine-propelled 2-year-old boy cruising across the turf. So we ran.

If you told my city-loving younger self — 20 years ago — that I’d be actively seeking farm animals for entertainment in Vermont in 2019, I might not have believed you. Now, I think it’s pure genius to choose a state filled with farmland and make it the focus of a family weekend getaway. Take it from this city mom: A good time was had by all. And take it from a toddler: There’s nothing like making animal noises at actual animals. 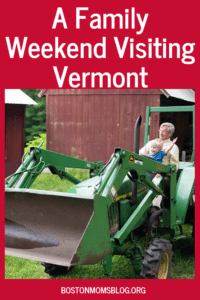 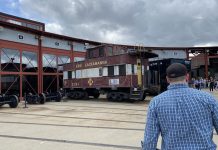 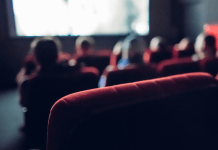 Movies Filmed In and Around Boston 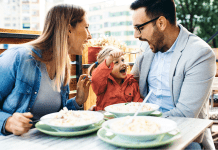